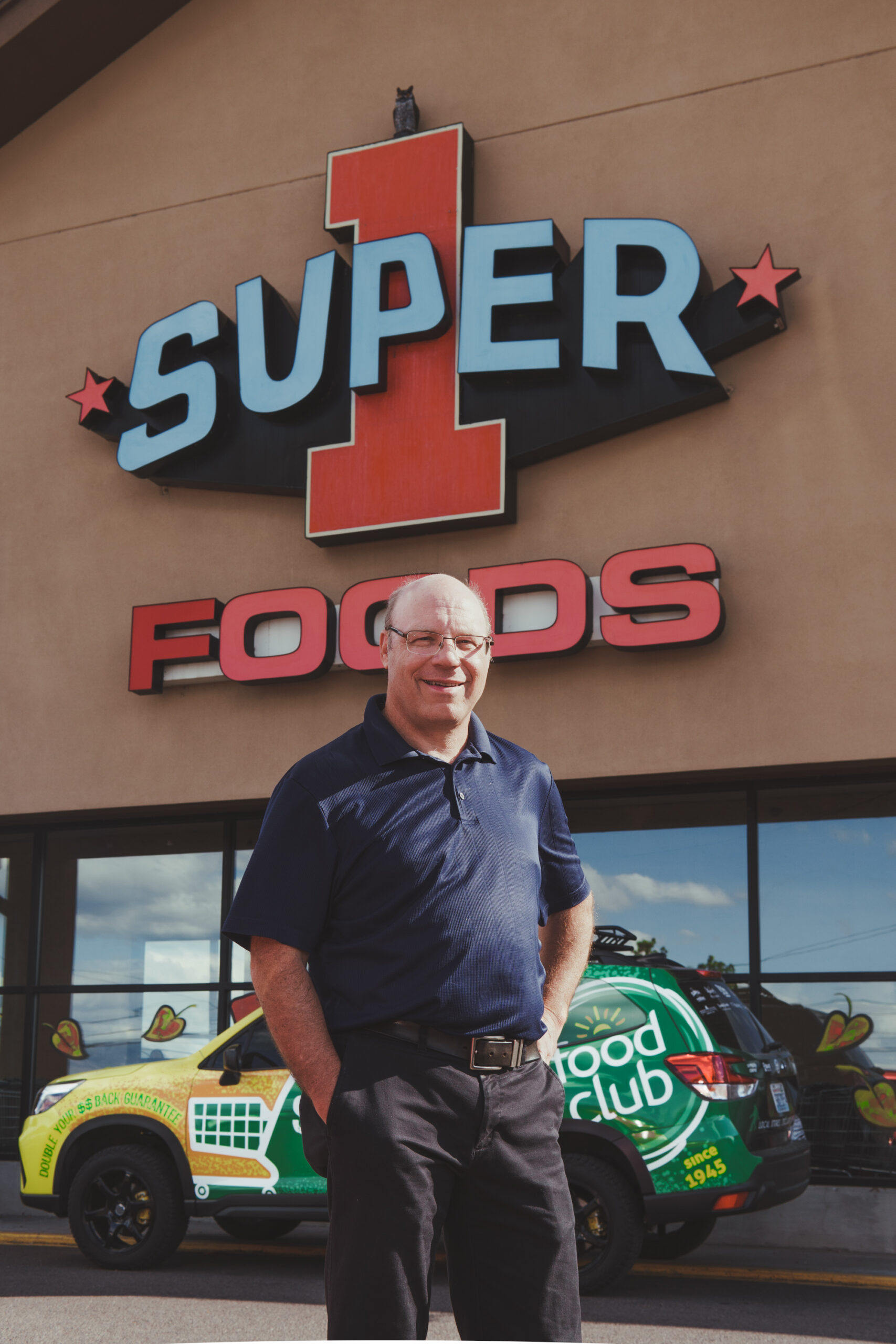 Meet Gary Collinge, the Polson Super 1 Foods Store Manager! He is proud to say that he has been a part of the URM family since 1985. When asked why he chose the grocery business, he was quick to say that it was because of the people – and the customers more than anything. He loves the opportunity to meet a lot of interesting people from all over the world thanks to the store’s close proximity to Flathead Lake in Montana. To further this, he says that the favorite part of what he does includes interacting with people. He loves the challenges associated with the grocery industry and determining the best displays for products as well as what products to sell in his stores based on what his customers want. On top of this, he loves that his employees have a very upbeat vibe and cares about the community. It is not uncommon for those within the community to know each other as well as know their families as many grew up together – giving them more reason to give back to the community, which they do so on a regular basis. When asked what his favorite Your Northwest product was, he said the Huckleberry Merchant’s Craft is hard to beat! He also mentioned that most people don’t know that they make their very own pork sausage in-house and it is a signature item for them, along with their homemade salsa! With that being said, we highly encourage you to check out Polson Super 1 Foods at your next opportunity!